What is Entity in Database

HomeUnlabelled What is Entity in Database

What is Entity in Database 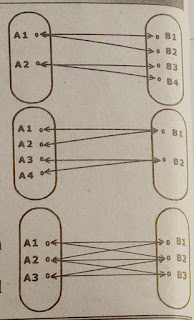 1) An entity is an object that exists and is distinguishable from other object.
2) Every entity (also called as tuple) must have a unique identification. It means that
for every entity in a table there is something that uniquely identified it from any
other entity.
3) For example: “Student Id” in college, Account No. of the customer in a bank etc.

What is Relational Database Model

1) A finite set of entities in the relational database system, represents entity set.
2) Entity Set does not have duplicate entity.
3) The set of all the student having admission in
college, all customers of the banks etc .
Relationship:
I) The association among entities is called a relationship.
2) In other words, a situation exists between two tables when one table has a foreign
key that references the primary key of the other table is called Relationship.
3) Each entity has one or more attributes, known as relation key, which can identify
the row in the relation/table uniquely.
4) For example: a student admitted in a course and lecturer works_at a department.